Today I’m writing a review of the ArchLabs linux distro. Have you ever wanted a badass Arch linux install, complete with an openbox window manager, conky, and dark gtk themes, worthy of the top spot on /r/unixporn? Of course you do, but if you’re anything like me, you’re a busier person than you were when you were 15, and you no longer have the time, or the inclination. 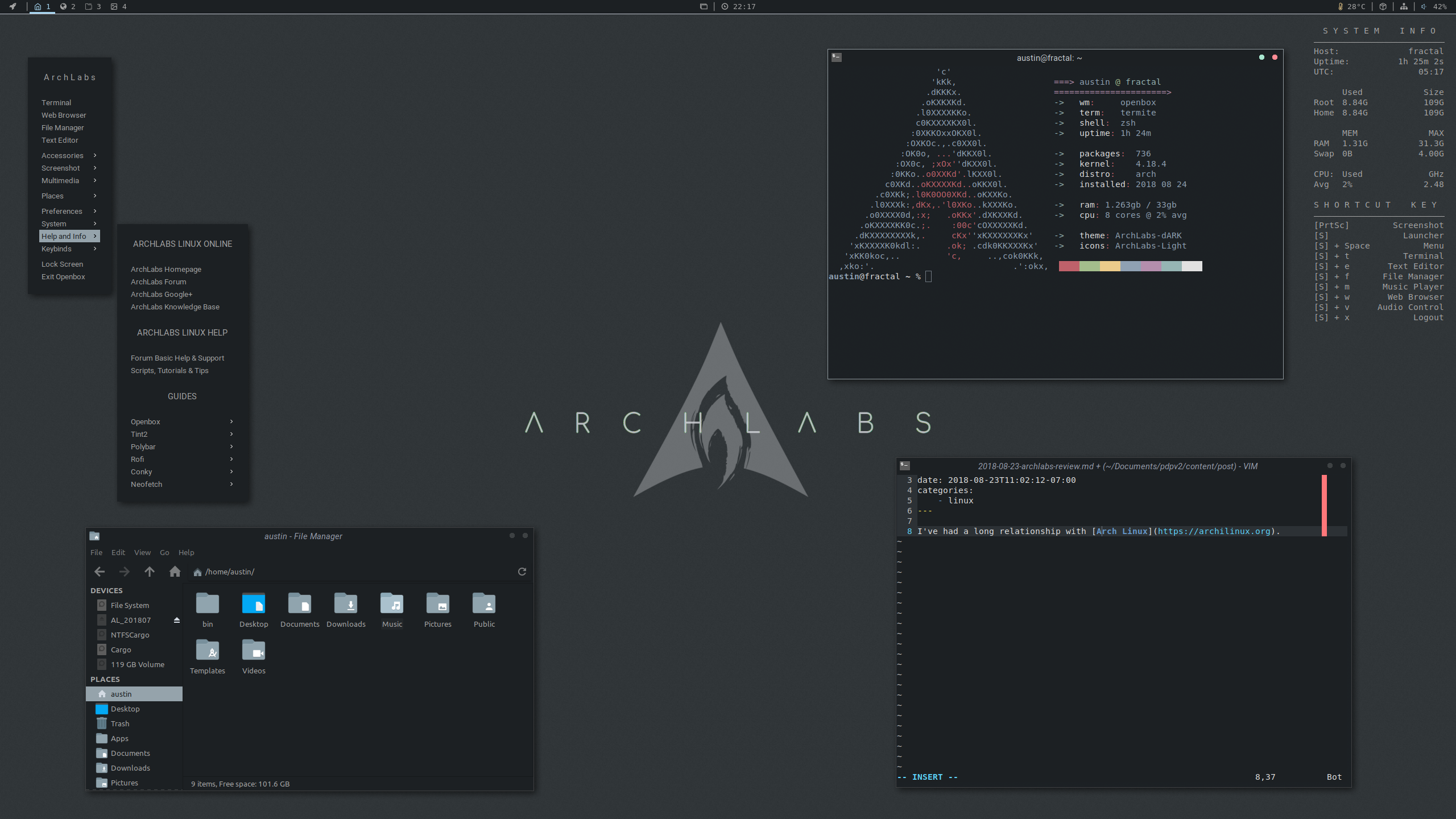 To start, the ArchLabs ISO is a bootable live environment, so you can test it out right away. You’ll get a fairly minimal Openbox desktop, with a panel, conky, and some other goodies. Once you decide to install, because why wouldn’t you, the curses based installer will launch in a new terminal: 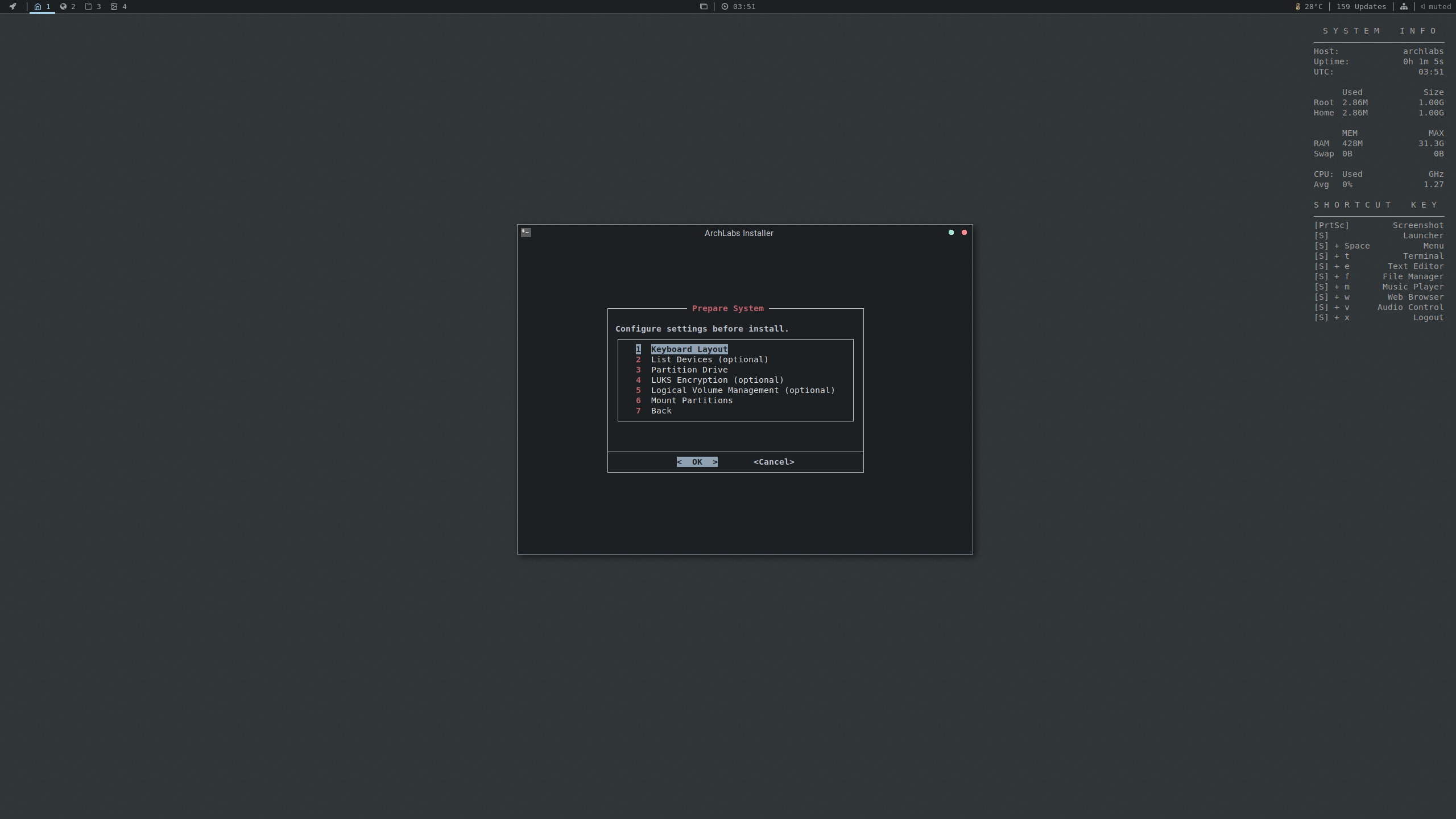 The installer is amazing, and way easier to use than many of the other fully graphical ones I have used. I am seriously impressed with how simply and easily it’ll bootstrap a system for you, with plenty of options (including LuKS and LVM) but perfectly sane defaults. The entire install took about 5 minutes.

Once you boot into your system, you’re greeted with a post-install script, which is also a delight to use: 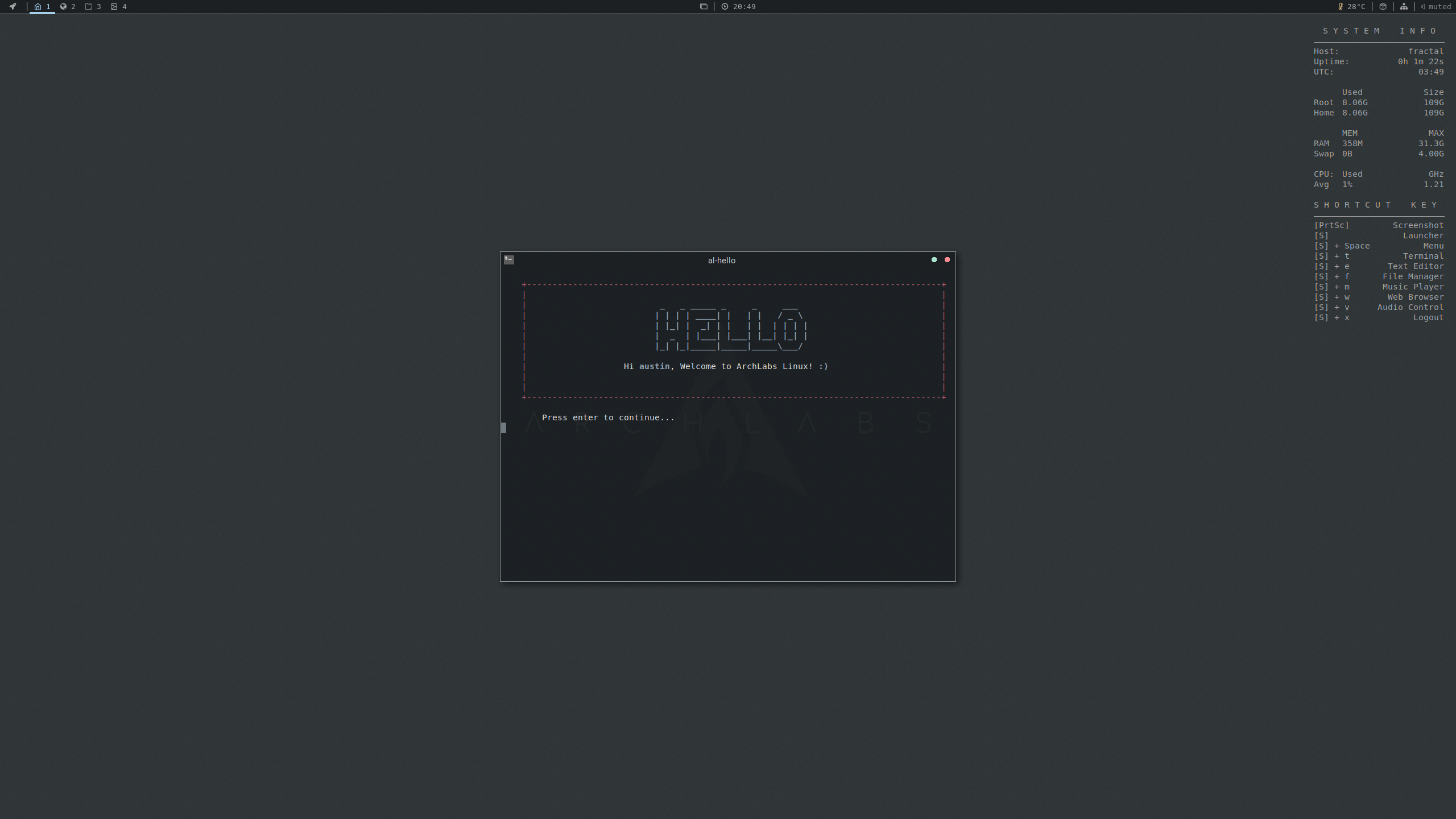 This post-install script gives you the option to install additional desktop environments, a login manager, nvidia drivers, and some other stuff. Super cool.

Once you’re done with that, you’re asked to reboot one more time (probably only necessary if you’ve chosen to install a login manager or video drivers) and then you’re done, and using your new install.

While my first impressions of ArchLabs are that it’s a very well put together distro, there were still some things I needed to fix/tweak once I started actually using it. Theses might come in handy for others, but hopefully they quickly become irrelevant.

The dreaded dark gtk theme/Firefox combo. You’d thing we’d be past this by now, but alas, not so. Luckily I found this bug and comment which suggested adding widget.content.gtk-theme-override to Adwaita:light in about:config (right click, new, add that key and value).

What am I to do without my Defcon radio? This is just due to a missing package:

No shortcut for locking the screen!

ArchLabs provides a bunch of keyboard shortcuts for all sorts of stuff, but not activating the screen lock. How does that make any sense?

Edit ~./config/openbox/rc.xml and add the following contents to the <keyboard> section (just place it next to another keybind):

There is already a keybind for W-l, one of the many unmaximize ones, delete that one too. Now you can use super (windows key) + l to the lock the screen.

There just isn’t one included at all, oddly enough. Try feh: