Could the simple California Towhee be one of the most underrated birds in North America? 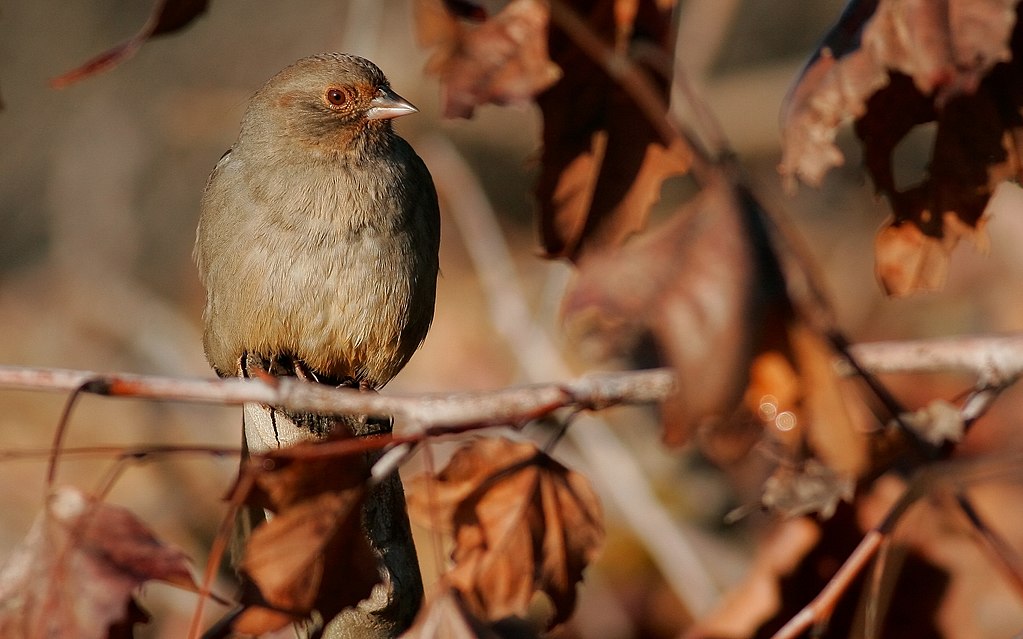 First, let’s go over what makes this bird remarkably unremarkable to most people:

So by all outward appearances the California is a dull backyard bird that’s unlikely to warrant a second glance.

However, I have observed that the California Towhee has some unusual behavior that I have not seen in any other bird.

In my house we often leave a glass porch door open to let in some fresh air. Occasionally a bird will fly into our loft which inevitably causes them to do bird things like panic and fly in circles and into windows and such (by the way if this ever happens to you, the best way to remove a bird from your house is to throw a light towel or garment over them then bring them back outside). We have a lot of windows - our loft is a bit of a bird trap.

However, unlike Finches, Hummingbirds, etc I have never had to rescue a Towhee from the house. They are always able to find their way back out the door, and never fly into windows.

Not only do they not panic, but the Towhees often enter the house on purpose, while us humans stand by watching. They are exploratory creatures.

My wife and I once observed a particularly adventurous Towhee casually hop through the glass door to our loft, make it’s way down the stairs on the opposite side of the room (which are pretty complicated, floating stairs with a complete 180 degree turn), hang out in the kitchen a bit, then hop through another door into our bedroom. Once it was presumably satisfied that our house checked out, the bird simply retraced it’s steps out of the bedroom, up the stairs and out the porch door.

Another time I opened my eyes after a mid-day nap on our couch to see a Towhee on the window sill above my head, looking down at me, seemingly studying me. Once I moved it let out a little “chip” and simply flew out the open door.

To me, this shows that this bird has a particularly good sense of spatial awareness, which I can’t help but interpret as intelligence, especially when compared to other birds.

I’ve scoured the internet but I cannot find any confirmation or even mention of this strange behavior in Towhees. It does not seem like they are studied very often. Their Wikipedia page is particularly weak for such a common bird. Neither Audubon or Cornell seems to have much more than the usual ID type information.

I suspect this behavior might be a trait derived from them being a ground dwelling, foraging species. Perhaps being adept at navigating shrubs and underbrush translates well into navigating through… man made structures? Grasping at straws here, I am no ornithologist.

I would love to hear from anyone that might be able to provide any information about this fascinating bird!