LCOGT has participated in this year’s Cyclemaynia event in the best way we know how: by geeking out over both cycling and astronomy at the same time. 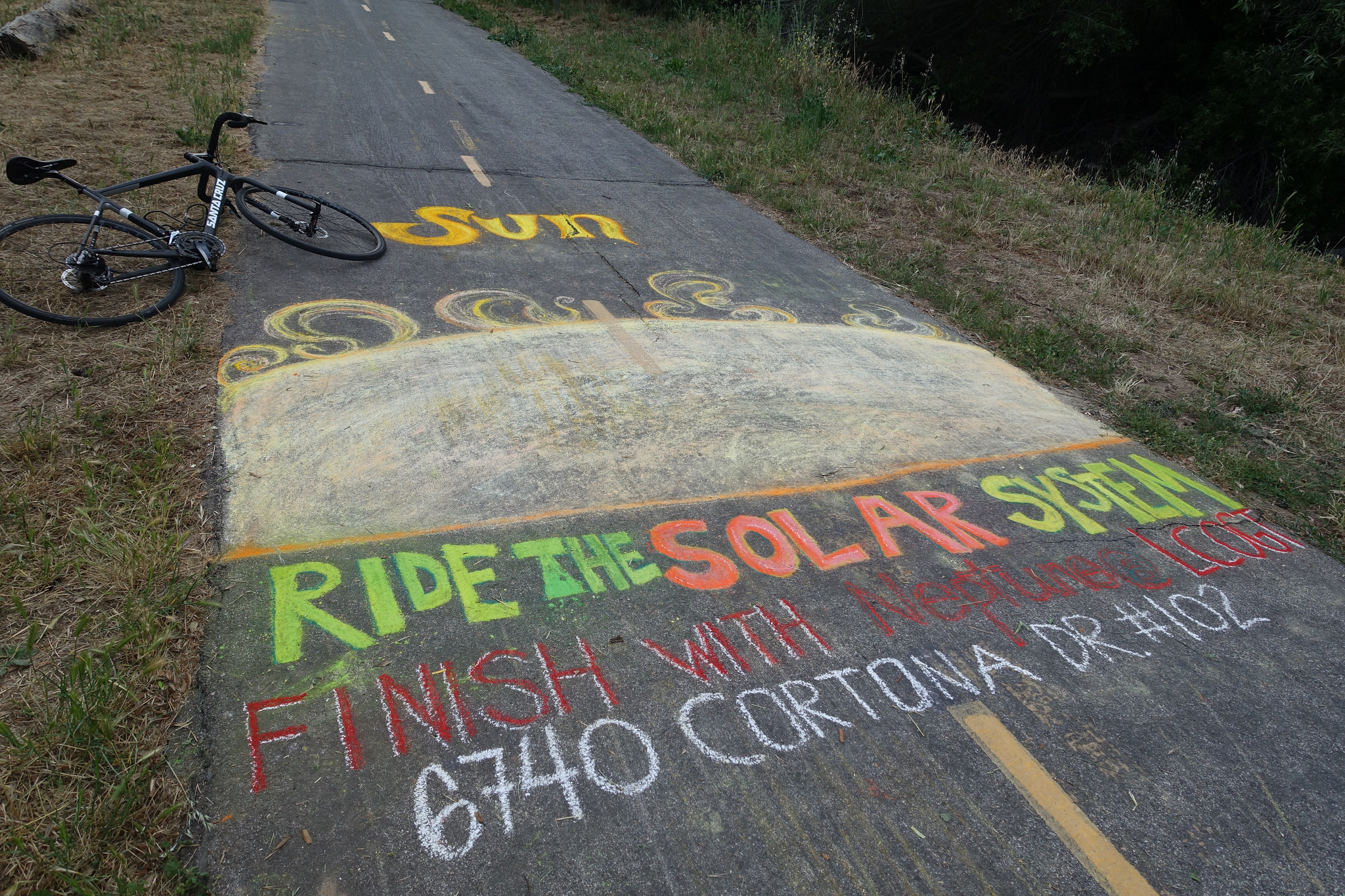 I was inspired by a model at Anza Borrego State Park which had 3-dimensional models of the planets along a dirt path in the desert. To do it our way we settled on using chalk to draw the planets along the Obern Trail. This is a popular carless path that helps link Santa Barbara to Goleta and sees pretty heavy traffic during rush hour.

We decided to place the Sun at the start of the path at Modoc rd and Neptune about 8 miles away at LCOGT’s headquarters in Goleta, CA. Using this as the scale, we ended up with a ratio of about 0.245mi/AU 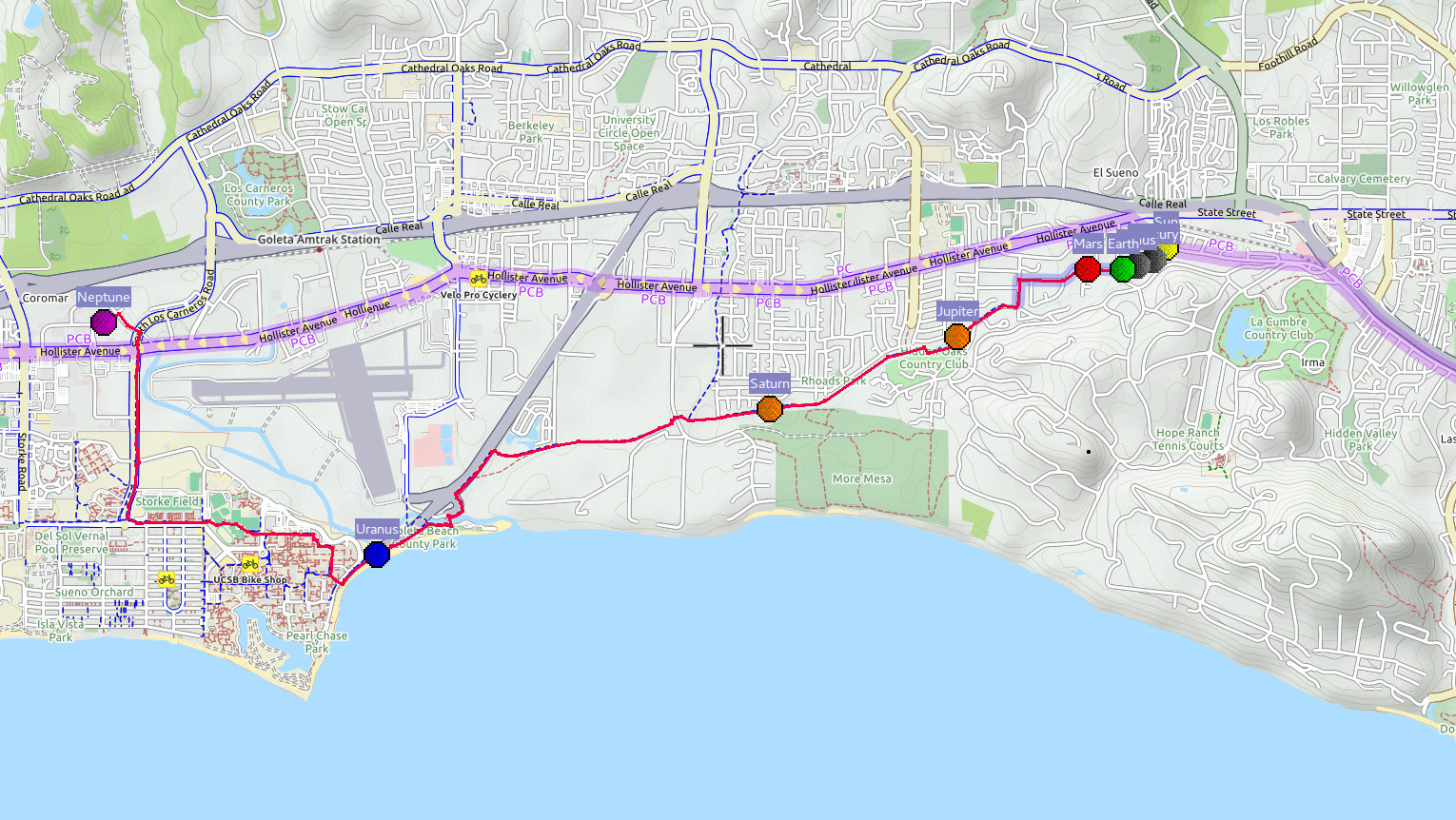 We decided to use a different scale for the size of the planets (otherwise they would be very, very tiny) and gave Jupiter a radius of 3 feet, or about 13x10-9 it’s actual size. At this scale Mercury’s radius was only 1.2 inches.

Trader Joes generously volunteered 2 chalk artists and on Monday the planets were drawn.

Thanks to everyone’s support, this project was a success. See you on the trail! 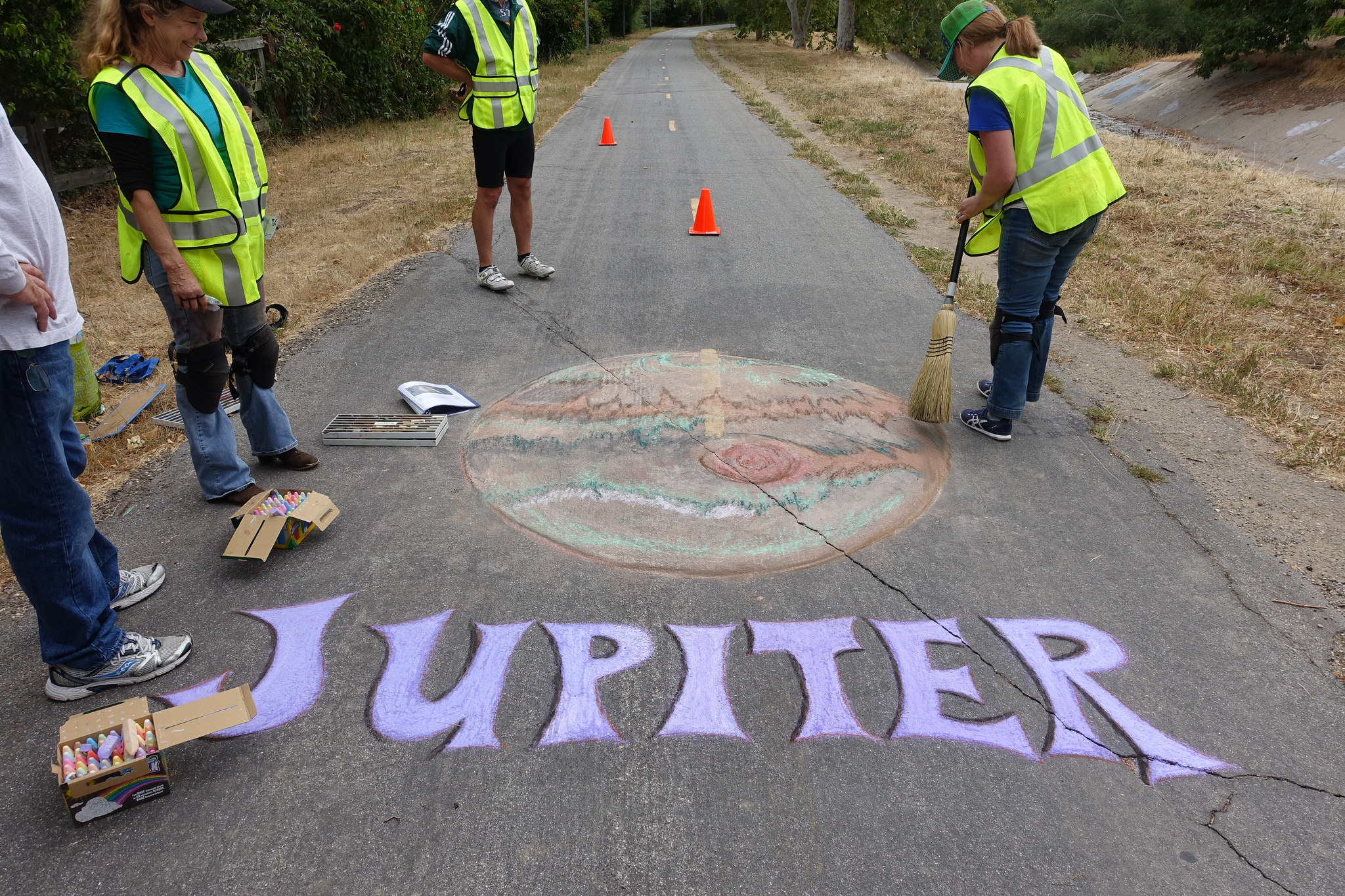