The new Star Wars is Already Full of Fail

I was waiting in line at the supermarket this morning when I came across this cover of the June 2015 Vanity Fair: 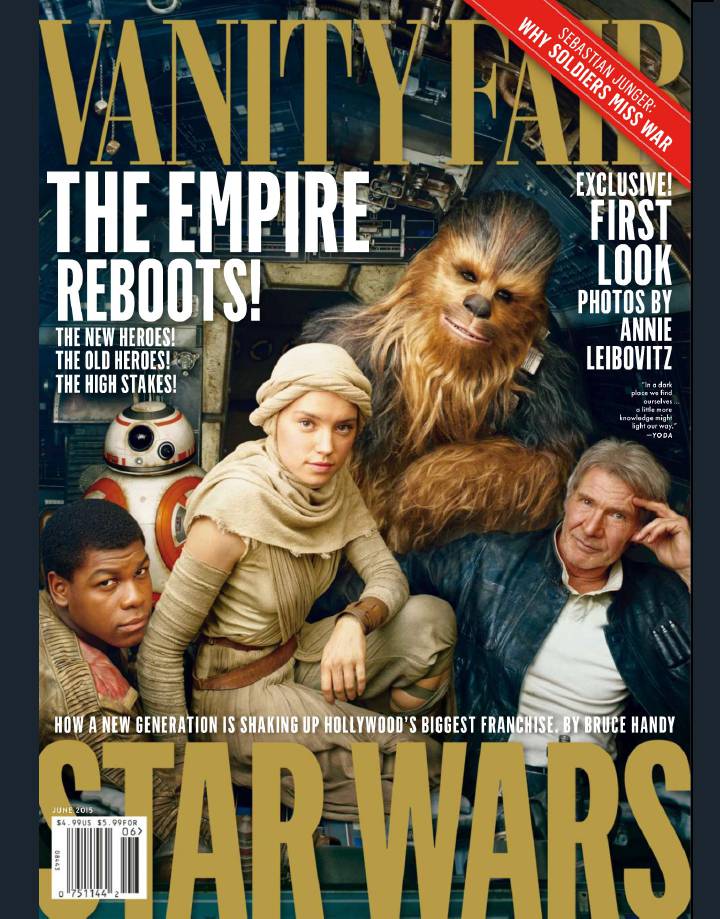 Immediately something struck me as very, very wrong.

I know we all hope the new Star Wars will be good and make up for the complete travesty of episodes I, II and III. But I’m going to make a quick and uninformed judgment based solely on this magazine cover and say: no, no it won’t.

The problem my friends, is Chewbacca. Chewbacca does not casually pose for photographs. I mean just look at him! He’s got his arm up on a chair all relaxed and cool like he’s James Dean or something. He’s even got a disgusting smug smile on his face and his head is cocked to the side as if he’s waiting to complement you on your haircut. Terrible. Also, is his face airbrushed? What the hell!

This is the true Chewbacca: 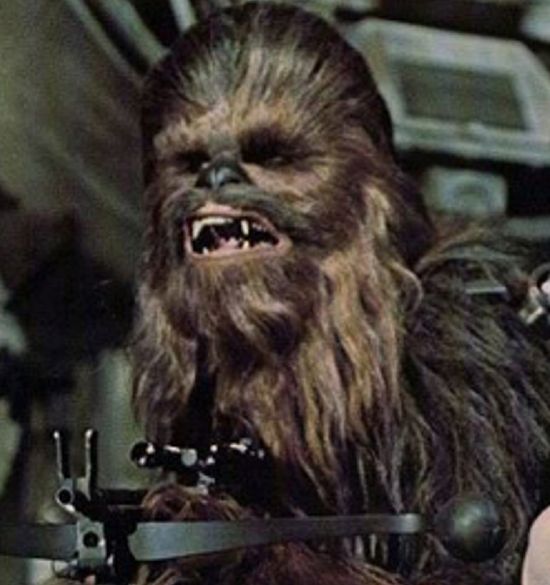 Chewbacca is bigfoot in space: a vicious hairy beast who will rip off every one of your appendages for accidentally touching his bowcaster. There were very few scenes in the original Star Wars when he wasn’t actively trying to damage someone or something, much less acting calm and collected.

If you need any more proof that Hollywood is a mere impersonation of what it once was, destroying everything good that it had once accomplished, look no further. They are killing Star Wars - again.