I’ve spent a good deal of time in the last few days searching for a good library to draw star charts (finder charts) that I could use to integrate with AstroChallenge. While there are plenty of utilities to create star maps, they mostly consist of desktop software or websites that are not open source. 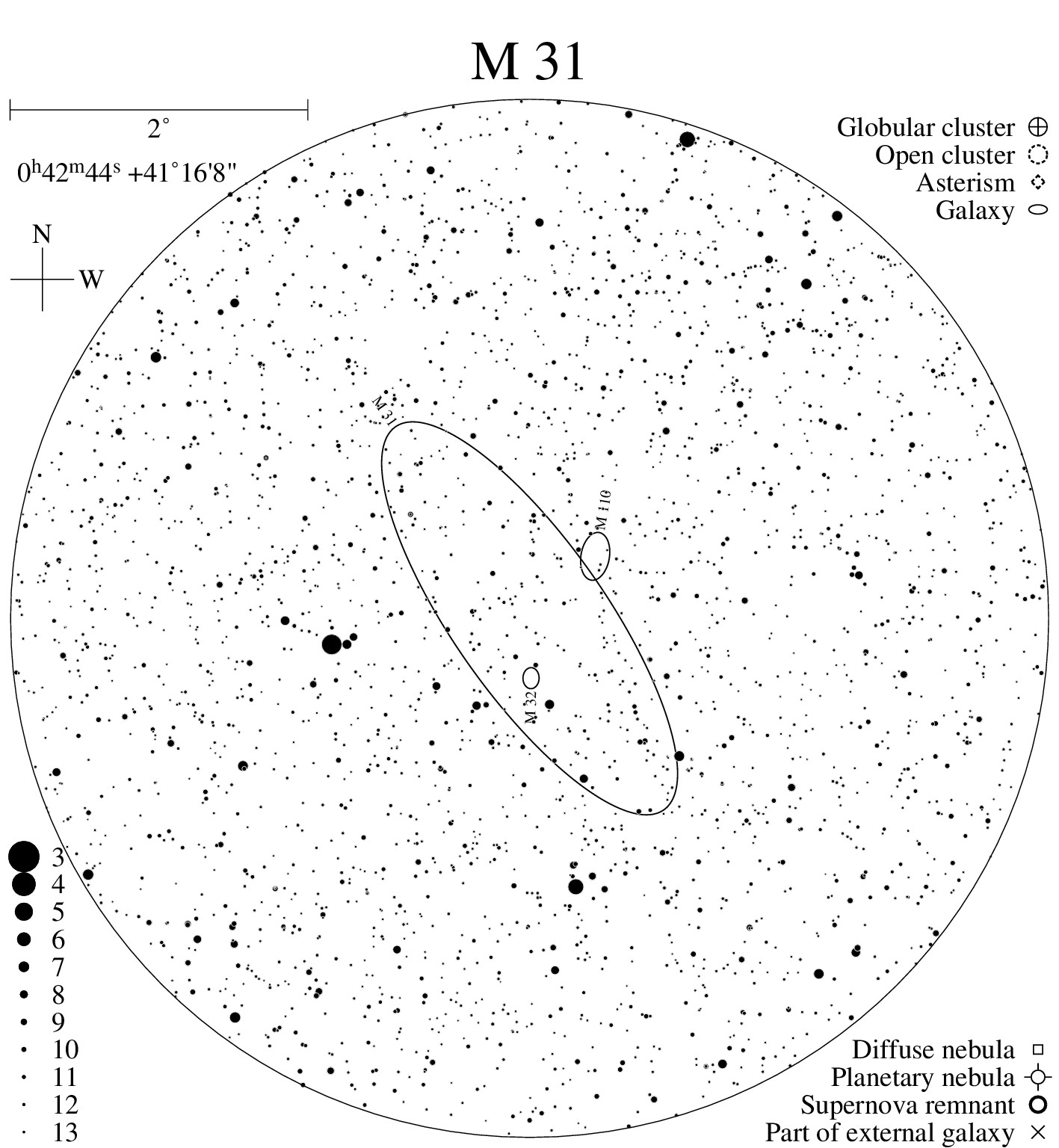 Eventually I found fchart which resembled was I was looking for. A set of python scripts with minimal dependencies that would output star maps! This I could use.

I extracted the package downloaded from Michiel Brentjens’ website and hit go… nothing. Then I realized the file’s last modified date: 2005. Uh-oh. It depended on numarray, a package long ago replaced by numpy.

But the source was clean, so I decided to see if I couldn’t upgrade it to work in numpy and python2.7. Indeed, after a few find/replaces and some method renaming, the code ran! However, there was another problem. The tyc2.bin file from fchart website seemed to be corrupt - I couldn’t get any stars to draw. So I headed over to http://cdsarc.u-strasbg.fr/viz-bin/Cat?I/259 and grabbed a fresh copy of the tyco2 star database, concatenated the archives and created a new tyc2.bin file using the tyc2_to_binary script.

Now everything appears to be working. The image above is an example of a chart generated for the Andromeda Galaxy. I emailed Michiel to let him know about my modifications and that I’ve hosted the code on github. The repo also contains the new tyc2.bin file that contains the star catalog - so the installation should run out of the box without issues.

This is a great example of why open source software works. Not only can the software be useful to a wider audience now, but I plan on adding my own improvements and functionality.