A Troop of Monkeys Crosses the Road 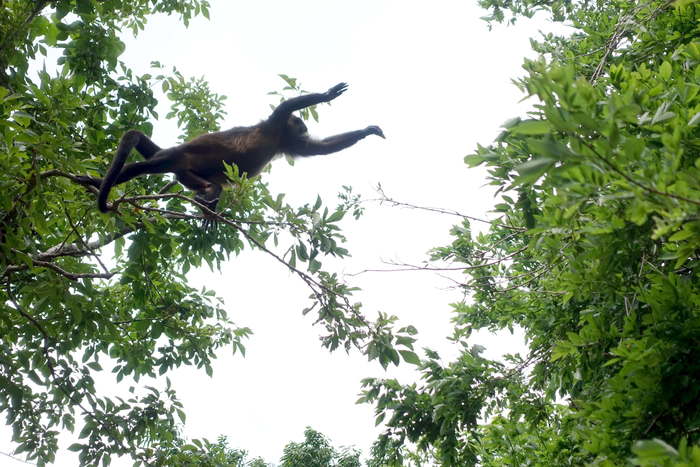 These guys are abundant here in SW Nicaragua, and there are several troops alone in Balcones de Majagual. Yesterday I was fortunate enough to witness an entire troop (troop is a group of monkeys) pass me by overhead. Where the road cuts through the forest the canopy is thinned, this makes it difficult for the monkeys to cross as there are few suitable areas to do it. Lucky for me, I just happened to be directly underneath such an area. 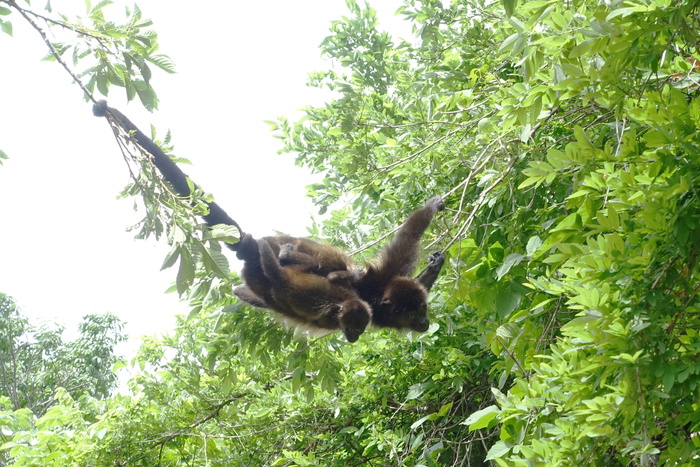 Most of the howlers were too quick for me to catch on camera, but there were two younglings in the troop, and the adults they encumbered moved slow enogh that I was able to get some awesome photos. 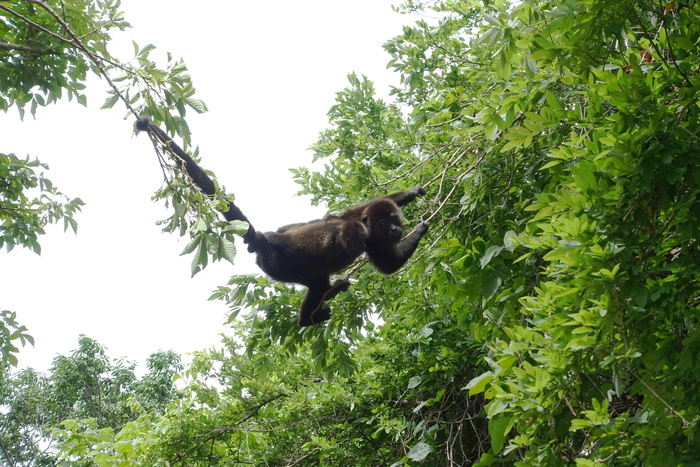 The tails are amazing. Notice how the youngling’s tail wraps around the adult’s in order to fasten itself on. 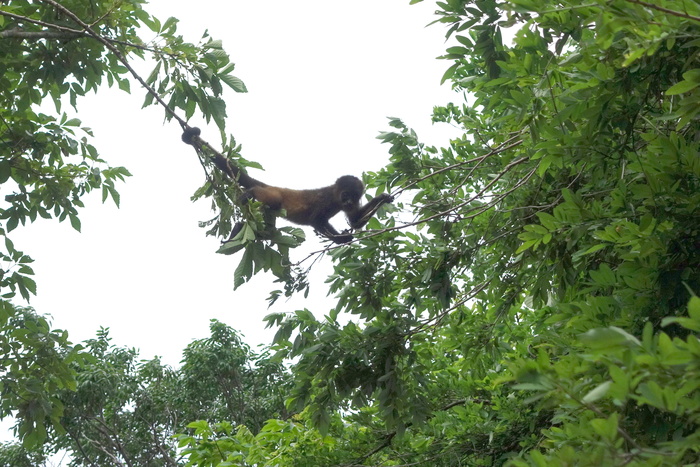 If only I could have caputres the sound as well. The quiet ooh ohh ahh ahhs of encouragment spoken from the already crossed howlers to the ones still working up the courage to make the jump were priceless. 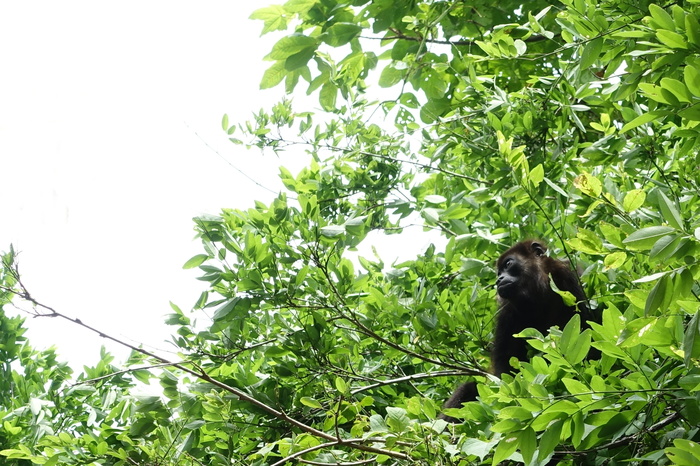 Check out this animated gif of an adult howler making the crossing, but oh no! She’s left something behind!

But the youngling must get to the other side and so she does. Not without taking a second to check me out on the way!