⌚ 10 Mar 2010 🔖 Bizzare  Entertainment  Science
It was bound to happen. I haven't had so much as a cold since I got the swine back in October but alas, here I am again. Wearing my sweat pants and uggs in bed at 8:00.  But I do not despair. I know how to be sick, and I know how to get better as quickly as possible. Let me share some secrets with you, all based on absolute science. What you eat is everything. Fluids, fluids, fluids. I'm injesting in so many fluids I take a bathrhoom break at least every hour. 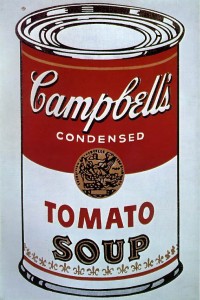 And I'm eating soup, a lot of it. If you can get the flow to a constant stream, thats even better. The idea is to pass so many fluids through your body that there are no original ones left, taking the bad stuff with it. Also, eat pretzels to replenish sodium. They taste OK with orange juice, a friendly looking box that never leaves my side. Walk extremely slowly and drag your feet as if they had bricks tied to them. Moving like you are a zombie is the fastest way to get to health. Bring your blanket with you everywhere. Don't actually tell anyone that you're sick. Now I don't mean start using their chapstic or licking their faces or something, just don't make it obvious. You don't help anyone by moaning and acting pathetic at work or at school. Believe me, the guy sitting next to you during that 2 hour networking final doesn't want to know. In fact, by telling someone you are sick you make the chances of them getting sick worse. You make them stressed, which in turn lowers the ability of their immune system to ward off disease. Also, you make yourself sicker, because now you are a social outcast and feeling bad for yourself never helped anything. Instead what you should do when someone asks you how you are is say "fine" and stare at them with those dark, glassy, pained eyes until they get the idea. Most medicines do not help! They only weaken your body's ability to defend itself.  Take the easy way out often - get sick often. Sleep a lot. But trust me on the sunscreen...