Rad Sequel in the Making??? 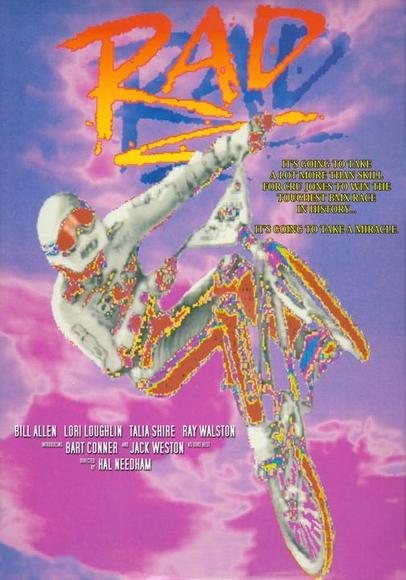 [/caption] Could it really be true? Is there a sequel to the totally kick ass 80's BMX movie RAD in the making? I know there are lots of us out there that would hope so. I can remember my friend Jesse and I must have spent at least $100 renting RAD repeatedly from El Granada Booze and Video. RAD is basically impossibe to find in rentals or stores these days, and as far as I know there has never been an official release on DVD. So for those of you that were somehow unfortuneate enough to not see the movie a decade ago, you will have to find a copy on the internet. But back to talk about the sequel, according to this myspace page, put together by members of the cast of RAD, they are working on making it happen. But they need our support! Please give the page a visit and add them to your friends. http://www.myspace.com/theradmovie