⌚ 20 Jul 2008 🔖 Bizzare
El Granada, California always had the best mix of suburban housing mixed in with empty lots and huge groves of Eucalyptus trees. This created a great enviroment for kids to built tree houses, forts  and neighborhood jumps. The town is much more devleloped now, so most of the places I remember from my youth have become new houses. Other tree forts and jumps have been destroyed purposedly in this new age of liability. However, a few of these old masterpieces survive, and a couple are still built and manage to stay alive for a while before being torn down by scared property owners and uptight dog walkers. Here are two I viseted today: [caption id="attachment_139" align="aligncenter" width="300" caption="A smaller, closer to the ground fort with the big one just visible in the background."] 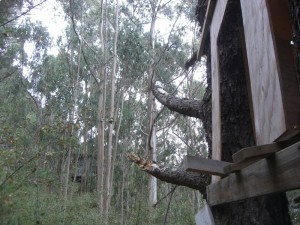 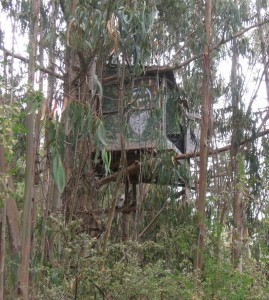 [/caption] [caption id="attachment_141" align="aligncenter" width="224" caption="Climbing Up. Much higher than it appears in the picture."] 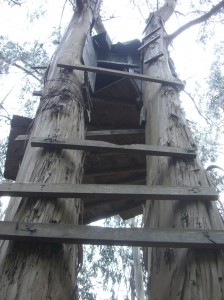 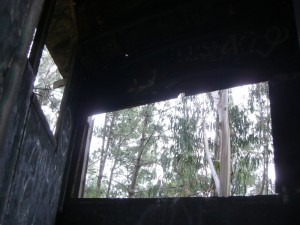 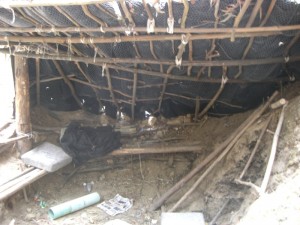 [/caption] [caption id="attachment_143" align="aligncenter" width="224" caption="One of the exits/entrances to the ground fort."] 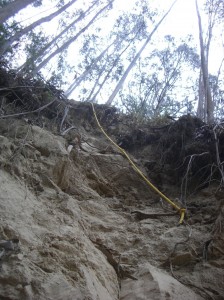