The Fool in the Machine

⌚ 25 Apr 2008 🔖 Bizzare  News  Online Crime  Technology
From iRobot, the makers if Roomba the robotic vacuum comes ConnectR - the robot that enables you to "Stay close to those you love – no matter where you are!" According to iRobot's website the robot is a new kind of connection device designed for busy parents and far removed grandparents "seeking greater connection and involvement with kids, grandkids and pets." Technically, the ConnectR is almost identical to it's sibling Roomba, but with some communication gadgets 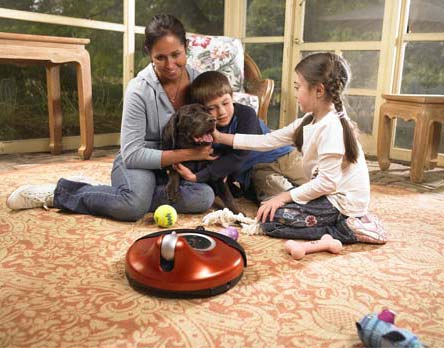 stuck on top. Some of the added features include a 16x zoom video camera, high quality speakers and wireless connectivity. The robot allows remote control from both the "visitor" and the "guest" via keyboard or joystick. One of the features on the guest's remote is a privacy mode, that once enabled, disables all communication capabilities of the robot - effectively shutting out the guest without warning. With all of these fancy capabilities, iRobot claims that piloting the ConnectR is just like being there in person. The concept of a robot taking the place of anybody in any situation is disturbing to most people. There was unrest when industrial robots, basically metal arms, took the place of human workers in factories. Countless movies have been made about robots taking the place of people - none of them positive. The very idea of a machine taking the place of a person for a social purpose is pretty absurd. Now I'm sure that iRobot never intended for their product to seriously perform everything that it claims it can do (I hope) but we can at least have some fun playing with the idea. First of all, the thing is connected to the internet. I would distrust this machine for the same reason I distrust voting machines - anything with a network cable plugged into its ass can be hacked. Chances are, something as crazy an idea as the ConnectR will be targeted extremely quickly. The kind of guys and gals that are into cracking security are going have a field day with this thing. Peeking in on someone's personal interactions is just too irresistible a temptation for the voyeurs who potentially have the power to do so. Imagine if the ConnectR really was being used by a far away business man... to visit his lonely wife. One of the more humorous uses advertised for the ConnectoR is pet sitting. Apparently you can keep check on your pets while you are away at work or on vacation. Yea right. How many dogs actually pay attention to TV? When you put the phone up to your dogs ear so it can listen to a family members voice, how often does it listen? Very little, if at all. The fact is dogs and cats can't comprehend that the voice coming out of speakers belongs to a person, and wont respond to objects that don't have a scent. I remember building a 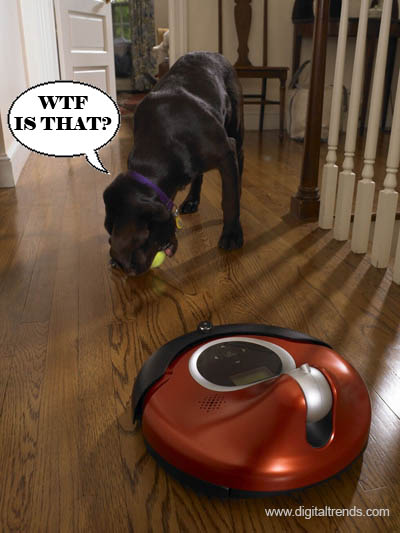 Lego robot car as a child that could be remote controlled by a joystick. It scared the crap out of my cat who ran away for a night or two. When I confronted my dog with my creation, she quickly attacked and destroyed the machine before I could save it. I can't imagine the pooch reacting much differently to the ConnectR. On the more serious side of things, I hope people don't actually buy this thing and try to use it as a replacement for real human interaction. If they do, this behavior should be indicative of a deeper problem. Is having a job that pays enough to purchase ridiculous things like the ConnectR really worth keeping if you don't even have time to spend with your own kids? I think not. If anything the the robot should be treated as nothing more than a really cool expensive toy. Maybe even a very pricey security system, but definitely not a babysitter. For those of you interested in purchasing the ConnectR, you will have to wait. The product is not yet in consumer production. If you want, you can sign up for the "Pilot Program" which is basically a Beta test of the robot in order for iRobot to receive feedback. But please, if you do receive a ConnectR, don't do anything that you would do with your wife, kids or pets.