The first thing I noticed when I moved to Santa Barbara and started going outdoors was that everything just seemed a little more hostile than what I was used to. There are the ever present threats of overwhelming heat, lack of water, exposure and poison oak. By now, I’ve come to know some of the more subtle actors as well.

One of them I met today: Pitchfork Weed aka Bidens frondosa or, the Devil’s Beggarticks, Devil’s Pitchfork, Tickseed Sunflower… Would you believe it is closely related to the lovely sunflower? Neither would I, the family resemblance is illusive. Trust me, you don’t want to run through a field of these, and their seeds are not pleasant. 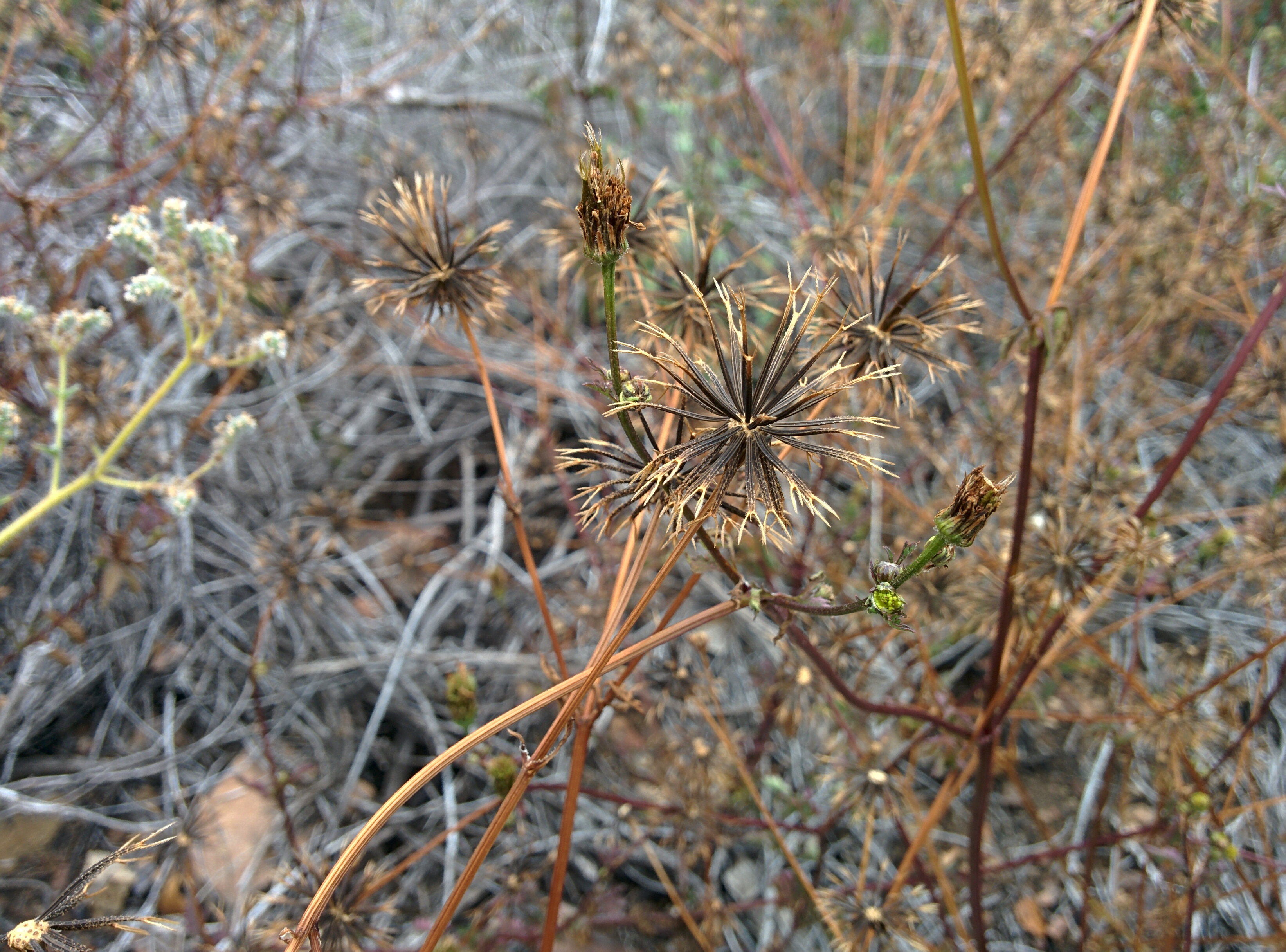 I was walking down from the top of Tangerine Falls feeling pretty good about the stupid scramble I had just survived (despite a sprained wrist) when I felt a peculiar sensation on my legs. When I looked down and saw that they were covered, absolutely trashed, by tons of tiny pitchfork looking things. And they did not want to let go. 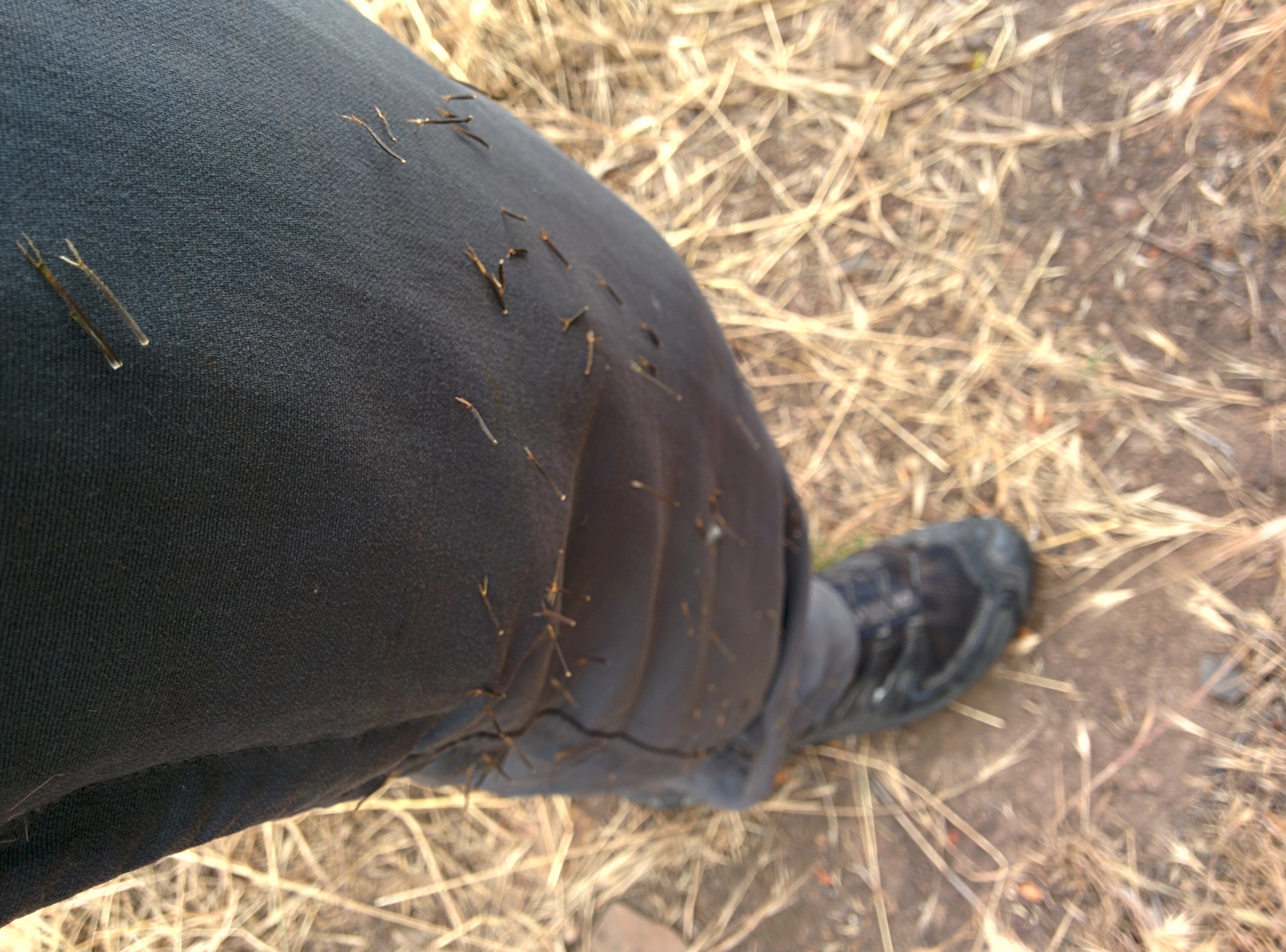 That’s what pants are for I guess, so no harm no foul. I was still in a better situation than the dudes trying to scale the right side of the falls. I could hear their nervous laughter from a mile away. And then they stopped laughing, started yelling. Eventually they did make it out of sight - hope they made it! 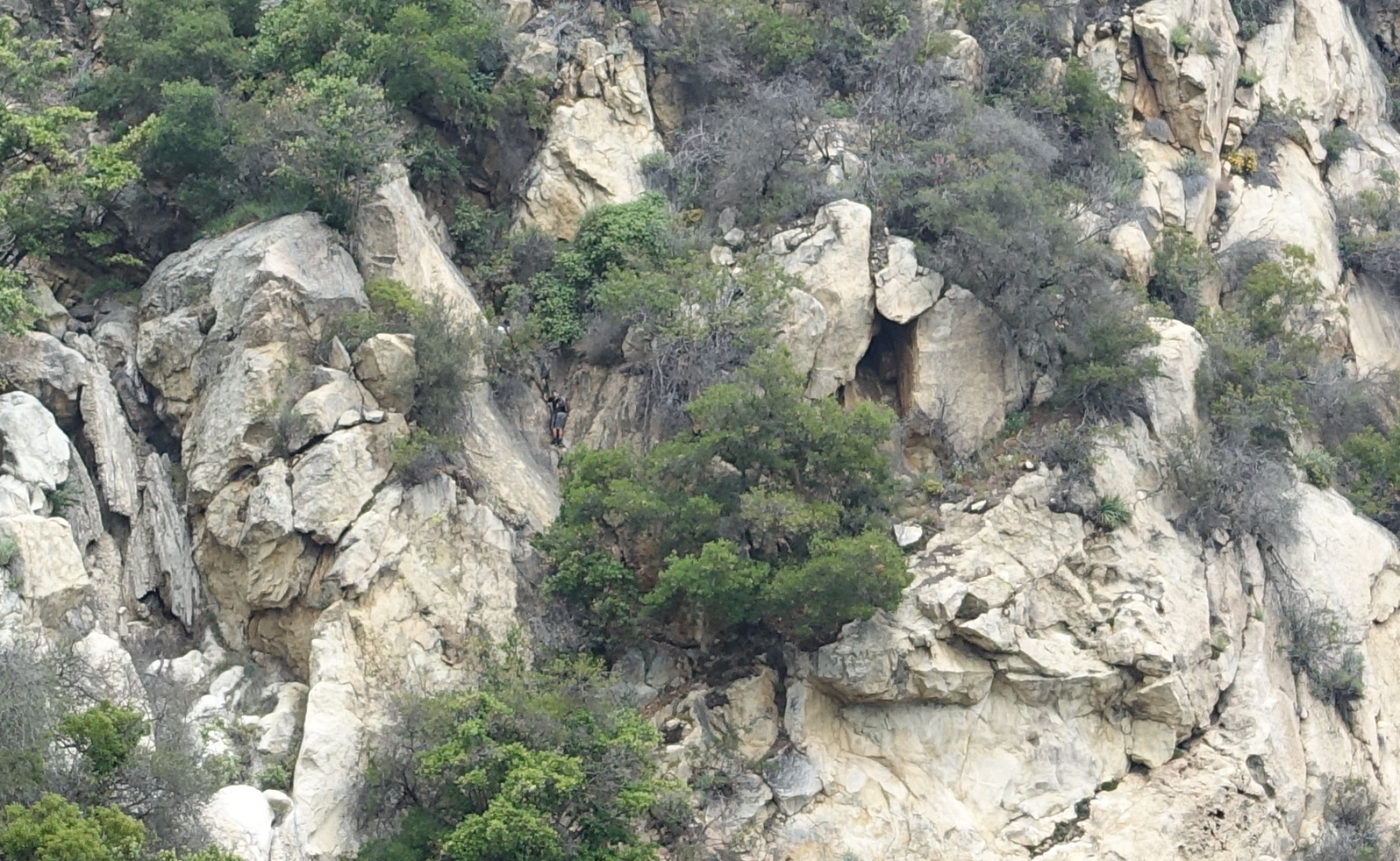